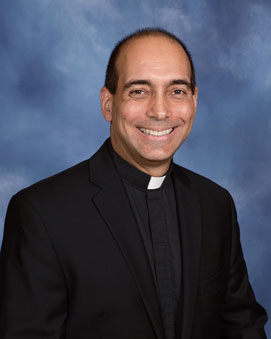 Fr. Paul Thomas Paris has been the Proistamenos of the Holy Trinity Cathedral since December 1, 2014. He holds a BA from Hellenic College, an M.Div. from Holy Cross Greek Orthodox School of Theology and a Master of Arts in Youth Ministry from Gordon-Conwell Theological Seminary. Fr. Paul and his family served parishes in California and Minnesota before returning to Portland where his wife (Presbytera) Stephanie grew up and where they were married in 1995. 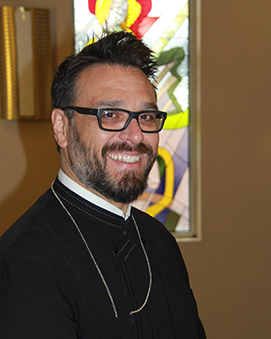 Father Christos was born and raised in the city of Serres, in central Macedonia, Greece. He received two undergraduate degrees, one in law and one in theology, as well as a Master of Arts in Mass Media and the Church at the Aristotle University of Thessaloniki. In June 2000, he was ordained to the Holy Diaconate, and in March 2001, he was ordained to the Holy Priesthood. Since then, he has served as priest of the Holy Church of the True Cross in Serres. He has been very active in his community; among other outreach, he founded and directed a church radio station, served on the board of a drug prevention center, counseled for Sunday school, and planned and coordinated charity programs. 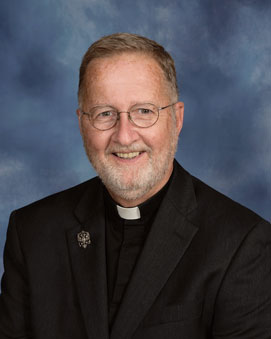 Father Deacon David received a BA in Slavic Languages and Social Sciences, plus a Certificate of Central-East European Studies, with minor emphasis on Byzantium and Early Church History, in 1969 from PSU. He studied his junior year at the Univ. of Zagreb, Croatia. He received an MA in Russian and Chinese History in 1976 from PSU. He holds Teaching Certificates in Social Science, English, and Russian, and taught all three subjects for 31 years at Parkrose High School. He was tonsured to the Sub-diaconate in the Russian Orthodox Church in 1978. In 1999 he was ordained a deacon in the Greek Orthodox Church and currently serves as the Cathedral Cathechist. He is married to Diakonissa Barbara and they have three grown children. 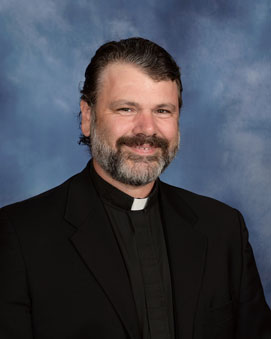 Dear Parishioners and Friends,
Due to Covid-19 restrictions, Holy Trinity Cathedral was unable to conduct parish council elections to fill the four expiring PC terms. In accordance with the guidelines provided by the Archdiocese, the PC members with expiring terms were given the option to extend their terms for one year.  Two agreed to extend and two were unable. Anthony John and Ellie Bass were appointed by President Jimmy Drakos to fill the vacated spots for 2021 and were approved unanimously by the Parish Council.

Many thanks to all of our parish council members mentioned above for their service and commitment to our Holy Trinity Cathedral!