The Fr. Elias Stephanopoulos Memorial Fund was established in 1994 as a living memorial and legacy to Fr. Elias’ 19 years of spiritual ministry at Holy Trinity Greek Orthodox Church in Portland, Oregon. Since its founding by Presvytera Effy, the Fund has raised more than $400,000 (1994-2021) and sponsored projects and programs consistent with the Fund’s stated mission.

The mission of the Fr. Elias Stephanopoulos Memorial Fund is to sponsor lectures, scholarships, concerts, symposia, and other special projects and programs that perpetuate Fr. Elias' Christian ideals, sustain our Orthodox faith, and preserve Greek cultural heritage and traditions.

Over the years, the Fund has contributed to a wide range of programs.  Highlights include the following:

How the Fund Operates

The Fund’s management and funding priorities have evolved since its founding more than 25 years ago.  Today, the Fund, is managed by Phillips & Company, a Portland-based professional investment management firm, as a separate church account under the direct control of the Fr. Elias Memorial Fund Committee.  A six-member committee consists of three members of the Stephanopoulos family: George Stephanopoulos, Athan Stephanopoulos, and Joanna Mason, and three members of the Holy Trinity community:  Isidoros Garifalakis, Joan Liapes and George Psihogios. The committee meets several times a year to consider which projects benefiting the church community should be funded with the interest income generated by the Fund. Presvytera Effy Stephanopoulos and Fr. Paul Paris are advisors to the committee with Georgia Liapes serving as secretary.

Growing the Fund and Our Outreach

We rely on donations to continue to carry out our mission and to perpetuate the legacy of Fr. Elias.

OR checks may be made payable to Pershing, LLC FBO Fr. Elias Stephanopoulos Memorial Fund and sent to:

You are invited to complete the submission form HERE for consideration of any funding requests.  For further information about the Fund or if you need assistance in completing this form, please contact George Stephanopoulos, Athan Stephanopoulos or Presvytera Effy Stephanopoulos.

In Memory of Fr. Elias Stephanopoulos

Fr. Elias George Stephanopoulos served the Holy Trinity parish in Portland, Oregon for 19 years, from 1975 to 1994. He was known for his devotion to his faith, his family, and his Hellenic heritage. In addition to ministering to the more than 800 families in the parish, Fr. Elias was active in community outreach and ecumenism to create unity in the Church, building bridges to other Christian denominations and welcoming refugees into the faith. 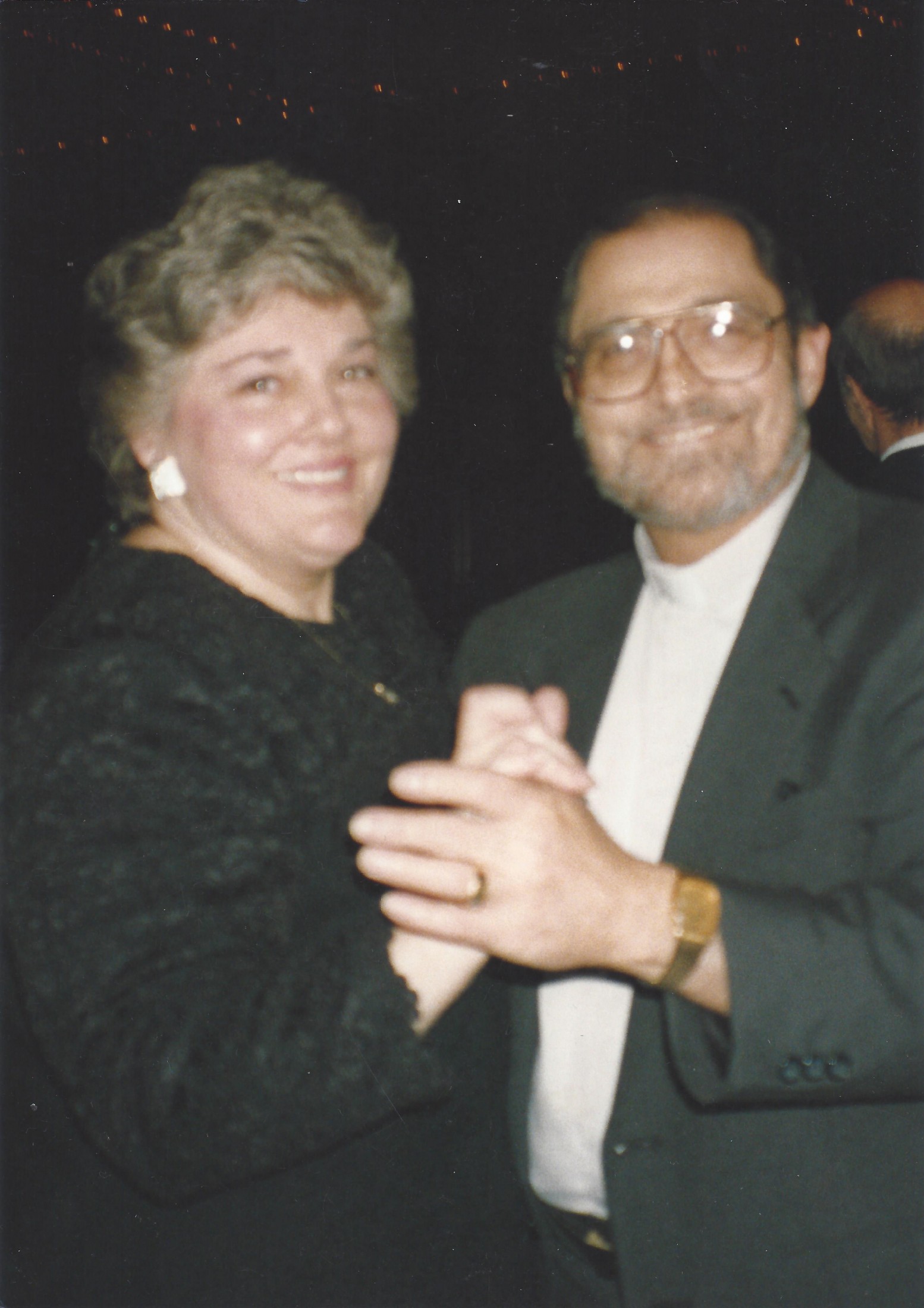 One of his proudest accomplishments was the creation of Camp Angelos, a year-round camp for the youth of Holy Trinity. He was also instrumental in establishing St. George Greek Orthodox Church in Eugene, which he had nurtured as a mission for more than 15 years, and growing the Portland Greek Festival into one of the largest festivals of its kind.

Fr. Elias was born in Neohori, Greece, in 1936 and emigrated to the US with his family at the age of two. In 1953 Fr. Elias, a son of a priest, entered the Holy Cross Seminary. After completing undergraduate and graduate studies in 1959, he went on to earn a Master’s degree in Philosophy at Fordham University.  He married Effy Iphigenia Drakos on May 6, 1962 and, on June 19, was ordained a priest. He initially served five years at the Holy Trinity parish in Raleigh, North Carolina, then eight years at Holy Trinity parish in Salt Lake City, Utah where, together with his father, the late Fr. George Stephanopoulos, he was instrumental in founding a second Greek Orthodox Church, Prophet Elias. Throughout his time in Raleigh and Salt Lake City, Fr. Elias continued his studies toward a doctorate degree in education attending Duke University, University of North Carolina, and the University of Utah.

In 1975, Fr. Elias was assigned to the Holy Trinity parish of Portland, where he served for 19 years until his passing in 1994 at the age of 58 from non-Hodgkins's lymphoma. He will be eternally remembered for his unwavering faith, pastoral guidance, spiritual leadership, boundless energy, joyful spirit, love of life, and keen sense of humor.